Further and farther are two words that look and sound very similar and which have almost identical meanings. For that reason, it’s easy to get them mixed up in both speech and writing. In short, further and farther both mean to a greater distance or extent . However, farther means a greater distance in a literal, physical sense i.e. it can be measured, whereas further is a greater figurative or metaphorical distance. Both words can be used as adverbs or adjectives.

Frankly, mixing them up is probably not the biggest mistake you can make, as the rules around further and farther have become something of a gray area in modern language. But knowing the difference and using the words correctly is nevertheless important.

The simple definitions of further and farther are both terms that mean more far, which is a grammatically incorrect phrase (that’s why we use further/farther) but does offer a succinct explanation of the definitions.

So, it’s quite easy to understand.

Farther means more advanced in the sense of physical distance:

Further means more distance in the sense of non-physical/metaphorical distance:

Following the examples and differences between further and farther above is quite simple, but we can run into two main problems:

For example, if you are reading a book, and wanted to read more, would you be reading further or farther? You could, perhaps, argue for both cases, as you are travelling metaphorically through the book, but also moving down the page and passages, which is technically a physical distance. It’s certainly tricky:

Both examples are correct, but they also enter a gray area, one that linguists could debate about for days. In that sense, it’s not worth worrying too much when there is doubt over further and farther.

Both those examples – they are quotes from Thomas Hardy and Bernard DeVoto – are taken from the Merriam Webster dictionary. But, if we were to use the rules of farther and further discussed earlier, wouldn’t these be considered incorrect? The answer is yes, up to a point. Hardy was a British writer, and the use of further is much more flexible in British English than American English. But it also serves to highlight the fluidity of language, and the fact that some celebrated writers will consider the choice between further and farther as a question of style. 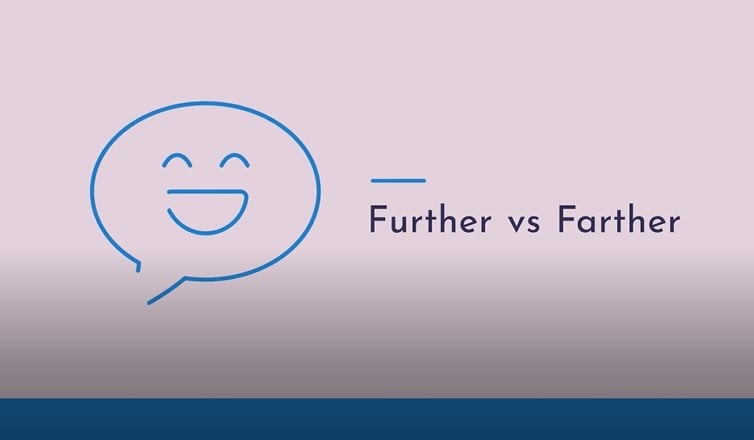 When to Use Further?