English Phrases That Are Culturally Bound 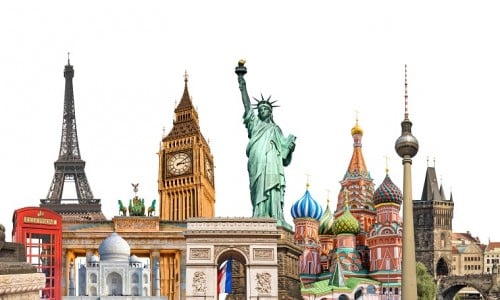 Don’t throw the baby out with the water
Albeit cruel, it isn’t as bad as it first seems. The true interpretation of this saying is simply “never to dispose something of value alongside something that is unwanted”.

The story behind this phrase:
Once upon a time, baths were taken in a tub filled with hot water. The entire family took turns to make the most use of the water in the bathtub. Usually the rounds started with the head of the house, afterwards, younger males, thereafter the women would follow, last bathed were the babies. By this time, the water was pretty murky, so literally, one could lose a baby in the water as the water gets so dirty and one could not see the bottom of the tub —henceforward, the slogan, “Don’t throw the baby out with the water” came to be.

Kick the Bucket
The literal meaning of this phrase is of course knocking over a bucket using one’s leg. But what does that have to do with its actual meaning which is “to die”?

The story behind this phrase:
In ancient history, the wooden mount that was used to hang livestock up by their feet for slaughter was named a bucket. Not surprisingly, the animals in most cases used to tussle or shudder once dead and therefore ‘kick the bucket’.

Shirtsleeves to Shirtsleeves in Three Generations
This idiom happens to be a very twisted one. Most people find it difficult to comprehend, and even more difficult to actually use this in conversation.  The meaning of this phrase relates to the last of three-generations being wasteful of the riches gathered through the hard work of the first generation.

The story behind this phrase:
The first generation comes from a life of suffering and does everything to make sure there is a brighter tomorrow for themselves. They bear children, these are the second generation.

The second generation grows to adulthood while experiencing what their parents have been through and take up from where their parents left off. They make sound monetary decisions which significantly improve their financial status. Eventually they become well-off or even rich, hoping their children would benefit from their wealth.

The third generation has no recollection of how their grandparents started off or the struggle for a better tomorrow. Without knowledge of what it took to get to this point, this generation now gets to spend everything that their grandparents, as well as parents, have worked so hard to achieve.

To be a doubting Thomas
The story behind this phrase:
This idiom could be traced back to the scriptures (John 20: 24 – 29) and was very commonly used in the early years of the 17th century.
Thomas, one of the twelve disciples, doubted wholeheartedly the resurrection and proclaimed that he will only believe what he can see and feel. The slogan, ‘doubting Thomas’ refers to a cynic who never believes anything told until encounters a face to face confrontation.

On the wagon
Have you ever taken the time to comprehend the slogan “on the wagon”? Doesn’t it sound a whole lot clearer to simply say “I’m not drinking”?

The rumor behind this phrase:
A group of prisoners was being transported by wagon, possibly to their death. All the prisoners were permitted to have one last drink in the local tavern before their final journey to execution. The good times stopped once they were on the wagon.

Dirt Poor
There’s a very simple explanation for this phrase: if a person was poor, the floor of their dwelling was dirt. Only the wealthy had flooring other than dirt, such as wooden planks. Thus, the proverb “dirt poor.”

The story behind this phrase:
In ancient times the huts of the poor people were not covered and the ground was bare, unlike those who had a bit of money, had wooden floors.

“Dirt poor” is an American phrase which was first ever acknowledged in the 1930s, according to the Oxford English Dictionary, and a search of Google Books backs up the claim.

What are your favorite cultural bound phrases?