Mixing up principle and principal is quite a common error in speech and writing. The two words have shared roots in Latin, and they look very similar and sound the same, but in modern English they are have different meanings and are used for different purposes.

Both principal and principle have other meanings and contexts that will be discussed below. 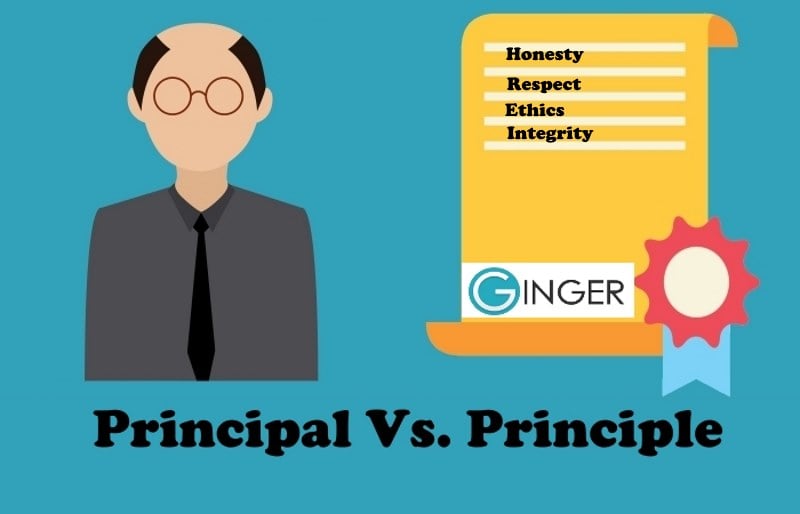 Principle, which is often pluralized to a mass noun as principles, is defined as a fundamental truth that serves as a foundation for a set of beliefs or behaviors. We talk about principles in the sense of rules, guidelines, laws and facts. Principle is always used as a noun. It can have slightly different meanings when presented in different contexts:

An accepted fundamental truth as a basis for belief in a system:

In modern usage, principle has become a synonym for morals:

A guiding rule that explains how something works:

Here are some examples of principle used in a sentence

In principle, is a common phrase with two meanings:

In principle can mean that something is theoretically possible, but it probably won’t happen in reality. It is a synonym for in theory.

In principle can also mean a general idea or plan, with details yet to be firmly established.

Unlike principle, principal can be used as both a noun and an adjective. As an adjective it can mean:

The first, main or most important:

It can also mean the first sum of money invested in something:

As a noun, principal can mean the head of a school or other educational institution:

It can also mean the owner or partner of a company:

It can also mean the lead position in a group of actors, musicians, dancers and so on:

Here are some examples of principal used in a sentence:

Are principle and principal related?