Concave vs. Convex: What is the Difference?

Concave and convex are most commonly used as adjectives to describe the outline or surface of a shape. The terms aren’t often used in everyday speech, but they are important for use in science and mathematics. You will most likely come across the terms convex and concave when discussing mirrors, lenses in eyeglasses or contact lenses.

What is the Difference Between Concave and Convex?

The basic difference between concave and convex are as follows: 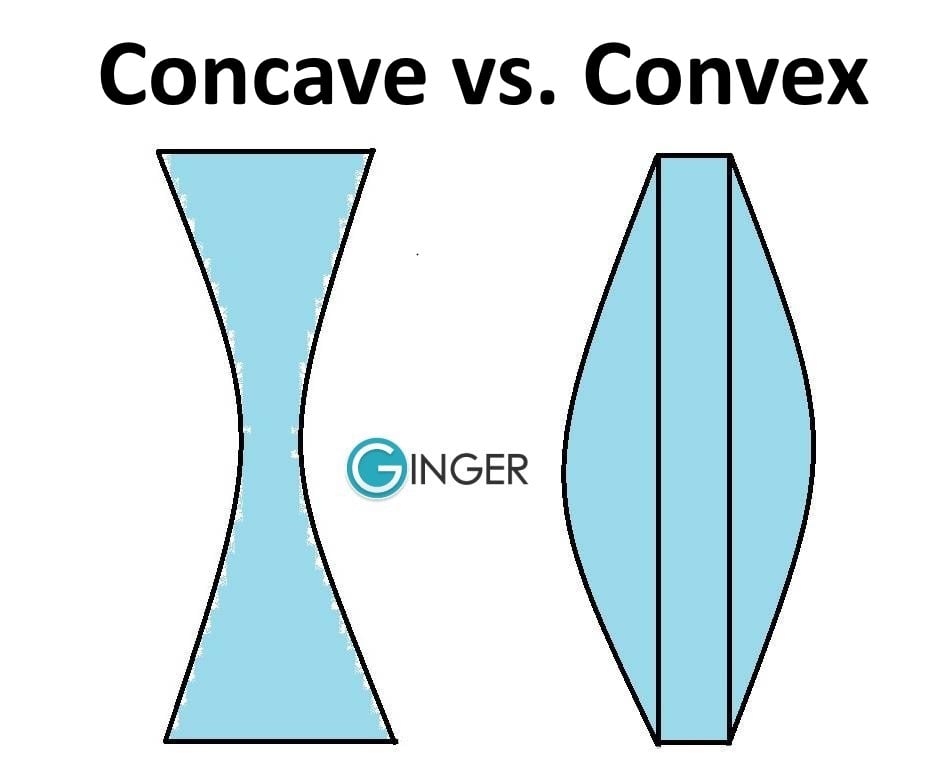 When to Use Concave

We most commonly use concave to describe processes linked to lenses, mirrors and reflection. A concave mirror, for example, will make you look taller due to the way light reflects back from it. Concave lenses might be used in things like telescopes, binoculars, cameras and lenses in eyeglasses. You might use concave for less scientific descriptions when describing, for example, something that curves inwards like a crater or pothole, or the stomach of a very thin person.

In some rare cases you will see concave used in a descriptive, but non-literal, sense. For example:

In the example above, concave is used in a slightly exaggerated sense, i.e. the shape we are describing might not be technically concave, but the adjective is used loosely as a synonym for thin or sunken in appearance.

Concave can be used as a noun in mathematics and geometry, i.e. it is a name for a type of shape or inwardly curved line.

When to Use Convex

As with concave, we mostly use convex to describe processes linked to lenses, mirrors and reflection. A convex mirror will make you look smaller due to the way light reflects back from it. Convex lenses might be used in microscopes, magnifying glasses and eyeglasses.

Convex is also used as a noun in in mathematics and geometry, i.e. it is a name for a type of shape or outwardly curved line.

Here are some examples of concave and convex used in a sentence:

Tips To Remember the Difference

Convex and concave are two words that describe a line or shape, often in mathematics, science, or in relation to eyeglasses and mirrors. While convex means to bend or protrude outwards, concave is the opposite and means to bend inwards.