Do you know what’s celebrated on the first Monday of September? 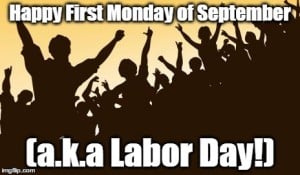 Hey guys,
Did you know that today is Labor Day?
In the United States Labor Day is a holiday celebrated on the first Monday in September and it’s actually a celebration of the American labor movement and is dedicated to the social and economics achievements of workers.
Labor Day was first celebrated on February 21, 1887 in New York City. However, more than 100 years after, there is still some doubt as to who first proposed the holiday for workers.
Some records show that Peter J. McGuire of the Brotherhood of Carpenters and Joiners and a co-founder of the American Federation of Labor, was first to suggest celebrating Labor Day after witnessing the annual labour festival in Toronto, Canada. However, other believe that Matthew Maguire, a machinist, first proposed the holiday while serving as secretary of the CLU (Central Labor Union) of New York.

The first Labor Day holiday was celebrated on Tuesday, September 5, 1882, in New York City, in accordance with the plans of the CLU. In 1884 the first Monday in September was selected as the holiday, as originally proposed, and the CLU urged similar organizations in other cities to follow the example of New York and celebrate a “workingmen’s holiday” on that date. The idea spread with the growth of labor organizations, and in 1885 Labor Day was celebrated in many industrial centers of the country.

The form for the celebration of Labor Day was outlined in the first proposal of the holiday: A street parade to exhibit to the public “the strength and esprit de corps of the trade and labor organizations”, followed by a festival for the workers and their families. This became the pattern for Labor Day celebrations. Speeches by prominent men and women were introduced later, as more emphasis was placed upon the civil significance of the holiday.

The holiday often marks for many people as a day of rest or as their last chance to go on trips before the summer ends. For students, it is the last chance to organize parties before school starts again. In some neighborhoods, people organize fireworks displays, barbecues and public arts or sports events. The football season starts on or around Labor Day and many teams play their first game of the year during Labor Day weekend.

So enjoy your Labor Day guys.
Cheers,
Liron and the Ginger Team.

Need help with your back to school planning? 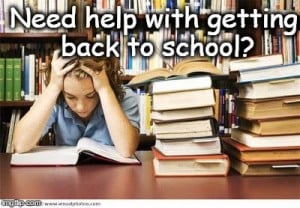 Hey guys,
Well August is almost over, which means that school is about to start. In order to help you with your back to school planning, we decided to share with you our pick for the top 7 back to school FREE apps.
Because let’s face it, apps just make our life easier, and there’s nothing we like more than FREE stuff!.

These apps can not only help you with the planning, they can also save you time, money, and help you with getting back to school on a budget (without going broke). These apps are easy to use and of course free!.
So check them out and see what they can do for you.

These fantastic apps are easy to use and as mentioned, FREE! Give them a try on your smartphone today and see how your school year can be a little bit easier as well as less expensive!

19 Things we all used to do before Smartphones took over our lives! 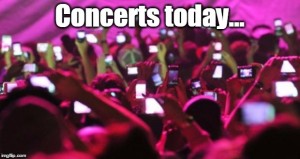 Hey guys,
Do you ever wonder how we ever managed without our smartphones?
These days, our phones are with us 24/7, and we need to check them constantly, afraid of missing something or someone. And if, god forgive, we forget them at home we feel almost naked, and our fingers have no idea what to do with themselves.

However, 10 years ago, when the smartphone was still just a ‘wet dream’, we were able to manage pretty well without it.
So what’s better, with or without?

Here are 19 things we use to do, way back when we didn’t have smartphones:

Ginger presents: “Procrastinator, This One’s For You” 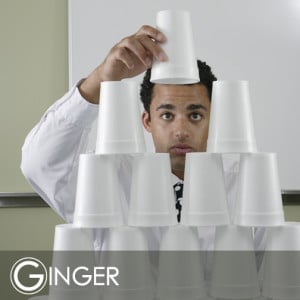 So this week we decided to address those of you who usually postpone their tasks and assignments to the last minute… AKA “Procrastinators”.
A procrastinator is a person who delays or puts things off, that could (and should) be done in a timely manner. The word comes from the Latin verb ‘Procrasinare’, which means deferred until tomorrow (pro=forward, and crastinus= of-tomorrow). Procrastinators usually postpone and put off things due to laziness or carelessness. Being a procrastinator doesn’t mean you’re not a hard worker, it just mean that you have to work a little more to get past your habits.

There are 5 types of procrastinators:

Whatever type of procrastinator you are, you need to conquer your fears, stop making excuses and just go for it.

We’ll end with a lighter note, so here are some funny quotes and examples, our inner-procrastinator can relate to:

With Ginger Keyboard you can fight the “procrastination epidemic” by listing all your tasks and assignments using Any.do directly from your keyboard.
Download the latest version here.

Who will win in the final battle: Smartphone-based personal assistants, or smartphone Keyboards? 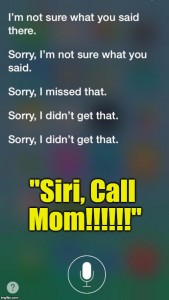 We are excited to announce, that earlier this week, engadget published an article by our very own CMO Oded Llios, “Does Siri Proactive Spell the End of Keyboards?”
As keyboards are becoming more and more contextual awareness, being able to process the user’s input, integrate with other apps, and are built to maximize productivity. The possibilities of their usefulness are becoming nearly boundless.

Here are the first two paragraphs of the article:
“At last month’s WWDC, when Eddy Cue, Apple’s Senior VP of Services and Software, stepped on stage to demonstrate the powerful new capabilities of the enhanced version of Siri, he walked into his own worst nightmare. Asking the personal assistant to “play that song from Selma” Siri thought for a moment and then starting playing “Selene” by Imagine Dragons. After an awkward pause, Mr. Cue tried it again, with Siri (thankfully) getting it right on the second try. While there certainly are a number of really impressive features that Apple included in the new Siri (cleverly named Siri Proactive), Siri’s very public failure underscored one of the biggest problems that voice-enabled personal assistants still are plagued with: they just don’t get you…yet.

Now, just because they are not perfect today, smartphone-based personal assistants – from Siri to Google Now and Microsoft’s Cortana – have dramatically improved over the last several years. In fact, they have gotten so good, that we must ask ourselves: as our personal assistants become smarter and more accurate, how will this impact our reliance on written forms of communication and will there come a time that we won’t have to rely at all on our keyboards to communicate?…”

Cheers,
Liron and the Ginger Team