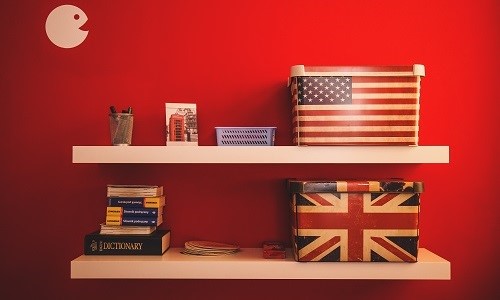 What Are the Easiest Languages for English Speakers to Learn?

So, we are native English speakers, and this really is a superpower! Whatever app we download, we know that its English version works flawlessly. Wherever we travel, we know that local people can understand us and that we can understand them, though sometimes it might be somewhat difficult.

But the other side of this coin is the stereotype that we have no need and wish to learn foreign languages.
What’s even more unfair, our brothers and sisters in mind from other countries may believe that we disregard their languages and cultures, that we consider ourselves the rulers of this world just because it has to speak our native tongue in order to survive.

I do realize how pretentious that sounds. And I truly don’t like that.
That’s why I’m happy to encourage everyone who wants or has to learn another tongue. Below you’ll find the list of six foreign languages that are both easy and pleasant for an enthusiastic English speaker to master. Good luck!

Spanish
It’s the second spoken language in the world. You’re going to like its simple but passionate pronunciation, regular orthography, and understandable grammar.

Portuguese
Although I didn’t like the movie Love Actually, that much, Colin Firth’s character is definitely my favorite. He learns Portuguese to stay with a Portuguese girl he loves. And she, in her turn, learns English to stay with him.

But even if that’s not your story, this language will win your heart with its rhythm, grammar, and spelling.

You’ll enjoy the melody of Italian pronunciation. Reading in this language will be an absolute pleasure. And its grammar won’t wreck your brains.

French
Even better news! You know quite a lot of French words and use them every day. And these are not just the names of traditional French dishes and drinks.

Their French pronunciations and positions in the French sentence differ from those you are used to. But this grammatical challenge is easy for English speakers to overcome.

Indonesian
Let’s add in a pinch of something exotic, though still learnable.

This language uses the Latin alphabet, boasts of simple grammar, and surprises with the abundance of words you already know! At the era of colonization, it borrowed a lot from the Dutch and Portuguese.

Afrikaans
This language is widely spoken in South Africa and Namibia, just so you know. But it’s much easier than (if not the easiest of) all Western European languages.

Afrikaans has only three tenses (past, present, and future). Its grammar, structure, pronunciation, and vocabulary are mostly simple for English speakers. And it’s even believed to be the easiest language for us.

Nelson Mandela, one of the most respected political leaders of all times, wisely noted that if we talked to people in a language they understood, that went to their heads, but if we talked in their [native] language, that went to their hearts.
Although Mr. Mandela didn’t mention how fluent we should be in the native language of our interlocutors or listeners, his words are very thought-provoking.

Learning a foreign language is like exploring a whole new universe and finding keys to its secrets. These secrets are concealed in the history, culture, and hearts of people who speak this language every day, declare their best feelings in it, and dream in it.

So, learn another language, and you’re highly likely to understand the whole world and your English so much better.

About the Author
Daria Shatsylo is a content writer and blogger for Coolessay.net  Passionate about foreign languages and their speakers, she’s now studying German and Chinese.